In 1853, there was one adobe hut standing in Nopalera (or Nopal field) which was named after the Nopal cactus and is indigenous to Mexico and the local area. There was an agricultural community flourishing there by 1870. The area was called Cahuenga Valley and named after a pass located immediately north in the Santa Monica Mountains.

How A Town Got Its Name--

H.J. Whitley, who was dubbed "Father of Hollywood," wrote in his diary in 1886 on his honeymoon that he stood on top of the hill that looked over the valley. A Chinese man came along in a wagon that was hauling wood. Then the man got down from his wagon and bowed. When he asked the Chinese man what he was doing the man replied, "I-holly-wood," which meant "hauling wood." This was taken to be an epiphany by H.J. Whitley so he named the new town Hollywood, with "Holly" representing England, and "wood" representing his Scottish heritage. At that point, Whitley had started more than 100 towns already across the western part of the United States.

A New Town Is Formed--

Whitley made arrangements to purchase the E.C. Hurd ranch, which was 480 acres. They agreed on the price and shook hands to close the deal. Whitely then shared the plans he had for the new town with a prominent area businessman named Ivar Wed, and General Harrison Gray Otis, Los Angeles Times publisher.

By 1900, there were two markets, a hotel, newspaper, and post office in the region. Los Angeles, with its 102,479 population, was located 10 miles east through citrus groves, barley fields, and vineyards. There was a single-track streetcar line running down the center of Prospect Avenues, but the journey took two hours and service was infrequent.

In 1902 H.J. Whitley opened the Hollywood Hotel. He had finally obtained and subdivided the Hurd Ranch. He built the hotel in order to attract land buyers. For many years the hotel was home to the stars, the center of social and civic life, and an internationally known hotel.

On November 14, 1903, Hollywood California became incorporated as a municipality by a vote of 77 against and 88 for. On January 30, 1904, Hollywood voters decided on a vote of 96 against and 113 for to banish liquor from the city, except sales for medicinal purposes. Restaurants and hotels were not allowed to serve liquor or wine before or following meals.

The city in 1910 voted to merge with Los Angeles to obtain access to the sewer system of L.A. and secure a sufficient water supply. The annexation resulted in Prospect Avenue being renamed as Hollywood Boulevard. The street numbers were all changed as well.

By 1912, production had been set by the major motion-picture companies in or near Los Angeles. During the early 1900s, Thomas Edison's New Jersey-based Motion Picture Patents Company held a majority of motion picture patents, and filmmakers were frequently sued to get their productions stopped. In order to escape that, filmmakers started to move out west, where the patents held by Edison couldn't be enforced. The weather was also perfect, with quick access to many different settings. That was how Los Angeles emerged as the film industry's capital.

The first motion picture made in Hollywood was by the director D.W. Griffith. “In Old California” was a 17-minute short film that was filmed in 1910 for Biograph Company. Movie theaters were banned in Hollywood before the annexation, even though it had none, but there wasn't this restriction in Los Angeles. Nestor Motion Picture Company was the first Hollywood studio to shoot a film on October 26, 1911.

Nestor Company, the first Hollywood studio, was established in October 1911 at 6121 Sunset Boulevard by Centaur Company, which was based in New Jersey.

There were four major film companies - Columbia, RKO, Warner Bros., and Paramount - with Hollywood studios, and there were also rental studios and several minor companies. During the 1920s, the nation's fifth-largest industry was Hollywood.

Hollywood CA was dubbed Tinseltown due to the movie industry's glittering image. Since then Hollywood has developed in a major center for U.S. film study.

In 1923 there was a large sign that was put up in the Hollywood Hills that read HOLLYWOODLAND. Its original purpose was for advertising a housing development. Hollywood's Chamber of Commerce and the City of Los Angeles entered into a contract in 1949 to rebuild and repair the sign. It was stipulated in the agreement that "LAND" was to be removed so that it spelled "HOLLYWOOD" to refer now to the district instead of a housing development.

In 1956 the Capitol Records Building was built north of Hollywood Boulevard on Vine Street, and in 1958 the Hollywood Walk of Fame first opened as a tribute to the entertainment industry's significant contributors and artists. On February 8, 1960, it officially opened.

Dolby Theater, home to the Oscars, first opened at Highland Center mall and Holly as Kodak Theatre in 2001. The mall is on the original site of the historic Hollywood Hotel.

Many of the Hollywood landmarks became threatened with demolition during the 1980s following many years of decline. Columbia Square, located on the northwest corner of Gower Street and Sunset Boulevard, is part of Hollywood's ongoing rebirth. This Art-Deco style studio complex was finished in 1938 and was the CBS Hollywood headquarters at one time. It became the home for an entirely new generation of broadcasters after the cable television networks Spike TV, BET, Comedy Central, and MTV consolidated their offices on the site in 2014 as part of the $420-million retail, residential, and office complex. 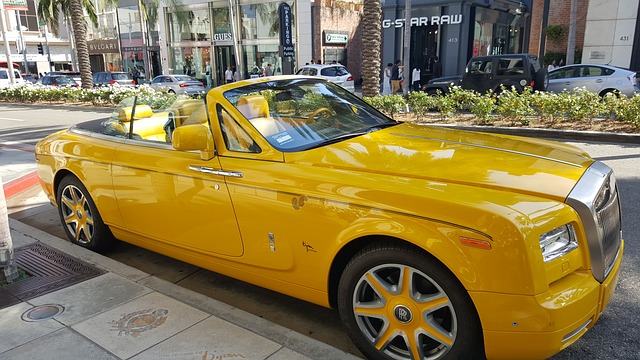 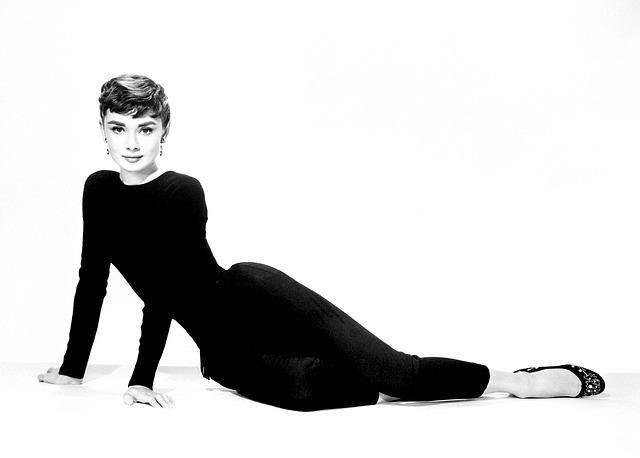